Because of Clarence Pfaffenburger's book, The New Knowledge of Dog Behavior and the fine works of  animal behaviorists that followed, enlightened and conscientious breeders will be familiar with the terms "critical periods" and "puppy testing".  During the '70s, numerous breeders of good reputation carefully socialized and tested their litters.  Kindergarten or Pup Socialization classes sprang up everywhere to continue on in the breeders' efforts and desire to give their little charges the best possible start in life.  By the early '80s puppy classes were well established and invaluable to the new owner and his dog.  However breeders began to depart from their own socialization procedures and to rely on recommending these schooling programs to their buyers.  Optimistic that class association would make up for their own failure to continue the early socialization and testing methods they had faithfully performed on previous litters, breeders shifted their responsibility from themselves to the buyers.

Many new breeders and fanciers are simply unaware of it's vital importance in responsible and conscientious breeding as we begin the millennium.  Instead they will pass along a handful of information on the topic of good socialization and entirely neglect the fact that the critical times of socialization and pup testing periods are irrevocable passed at the time the pup has been placed with it's  new family. 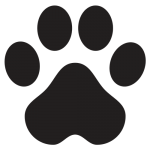